Connected through petunias: How to feel one with the world

I didn’t expect to see petunias at Lock & Dam 5.

Until then, my Mississippi marine scenery had consisted of rusty pipes and cracked, stained cement. Old boats and piers in need of repair. Pipes and guardrails tangled in what seemed like oversized knots.

The views along the river were like peering into the inside of a body and seeing veins and arteries, nerves and tendons. There was no skin to smooth over the chaos. I was almost embarrassed for the piers because it seemed like their inner workings were exposed for everyone to see.

They weren’t pretty, only functional.

A surprise at Lock and Dam 5

As I drove down the winding exit to Lock and Dam 5, it was no different. The dam was a majestic old workhorse, but still aged and decrepit as I expected. I could see the raw mechanics of the lock.

But once I parked and got out of the car, I found my surprise.

The flowers were bright and garish–reds and pinks, solids and stripes. They were wild, colorful anarchy.

Oddly, the mix included three orange marigolds. I could find no reason for the marigolds.

The petunias (and marigolds) were confusing enough but then I noticed the impeccably kept lawn.  It was absolutely evenly green, even in the 90° weather. There wasn’t a single weed.

Obviously, this landscape had a little help from a spray nozzle.

In this part of the upper Mississippi, near La Crosse, the river has an identity crisis. In parts, she is willfully strong, cutting paths through the sandstone to leave dolostone cliffs. In other parts, she is politely accommodating, winding around sandbars and islands. She is swollen and marshy and ridiculously wide. There are places where she is more of a bay than a river.

Navigating this changing course has always been hard for commerce. So eventually, the US Army Corps of Engineers stepped in to tame the Mississippi and make her more convenient for humans.

The first attempt started in 1866 and although various projects, including dredging, dams, shore protection, and reservoirs, continued until 1912, navigation still died between St. Paul and St. Louis. So in 1918, the Corps of Engineers began creating a channel that maintains a minimum of 9’ depth so that barges can float down the river.

Lock and Dam 5 is part of this channel.

I know this history because in addition to being great at engineering, the Corps is great at marketing.

Each lock (there are 29) is peppered with brochures and placards that explain the history of the locks, how the locks were built, how they work, and the various types of locks. In addition, they tell interesting factoids like the cost of a new barge ($500,000), the parts of a towboat (do you know where the cavel is?), and how one 15-barge tow is the equivalent to 2.25 trains with 100 cars or 870 large semis.

These are the kind of facts your uncle collects for your next Thanksgiving meal.

Thank you, US Army Corps of Engineers.

And while the Corps was taming the Mississippi and building informative placards, they also took care to install observation decks so people could watch the water go up and down.

They installed pots of flowers.

We are all connected

Who did this? Who cared so much about Lock & Dam 5 that they would plant petunias and fuss over the lawn?

Eventually I found out. Two men in yellow reflective vests told me that they, and a crew of 10 other workers, tended the premises when they weren’t guiding ships in and out of the locks.

How cool is that?

These 12 people planted and cared for the flowers, in addition to guiding gigantic ships into water-filled chambers.

But as I thought about these flowers, I realized that it is even bigger than the 12. At some point, a supervisor had OK’d their purchase. A bureaucrat had approved the budget that included them. And good US taxpayers chipped in so that Lock and Dam 5 could be beautiful.

We are all connected.

Without any effort from myself, many people made it possible for me to enjoy the flowers, learn from the placards, and benefit from the barges that carry the food I eat and the raw materials that make the products I use.

We touch each other in ways we’ll never know. 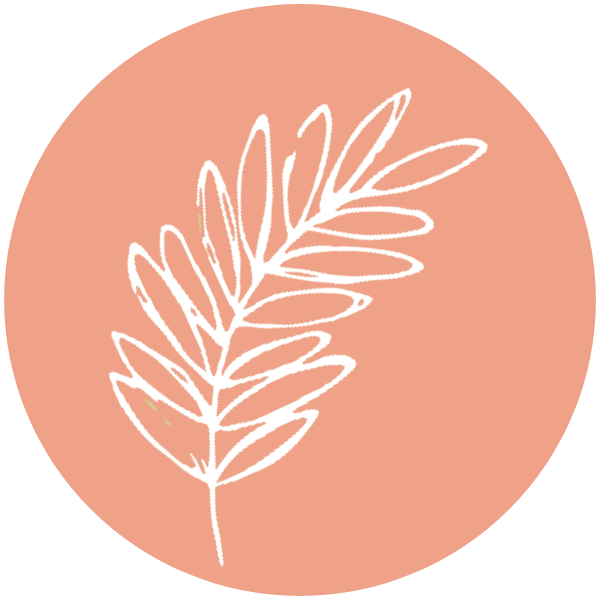 Think of an object in your house or garden.

Meditate on its usefulness to you and the ease, joy, or satisfaction it brings. Then think of all the people who helped get this object to you--the store employees who helped you buy it, the truck driver who delivered it to the store, and the people who worked at the factory who made it. Even consider the people who mined the materials that became the object.

Notice how you are connected to strangers you will never meet but who have impacted your life nonetheless.

The Complete Guide to Fascia: Why Caring for your Fascia May be the Missing Link to your Wellbeing

The Complete Guide to Fascia: Why Caring for your Fascia May be the Missing Link to your Wellbeing